UCLA’s collegiate sports championship history stands out as one of the most impressive of any university in the nation. We proudly hold 119 NCAA team championships, an accomplishment that speaks to our commitment to excellence.

Our student athletes consistently perform at an elite level, in their sports, studies and public service. It's this well-rounded approach that creates champions on the field and in the community. Our students, alumni and fans from all over rally around Bruin pride.

A Legacy That Inspires Destiny

Beyond graduation day, and far from campus, Bruins continue to redefine the possible. John Wooden’s teachings have built a legacy that our athletic program has carried on ever since Coach’s arrival in 1949. He taught that true success is not found in the score at the end of the game. He preached preparation: that you be at your best when your best is required. He pushed student athletes to become better teammates and, more importantly, better people by upholding a code of honesty, integrity and loyalty. Coach Wooden’s “Pyramid of Success” also led to four undefeated seasons and 10 national championships — more than any other coach in college basketball history. 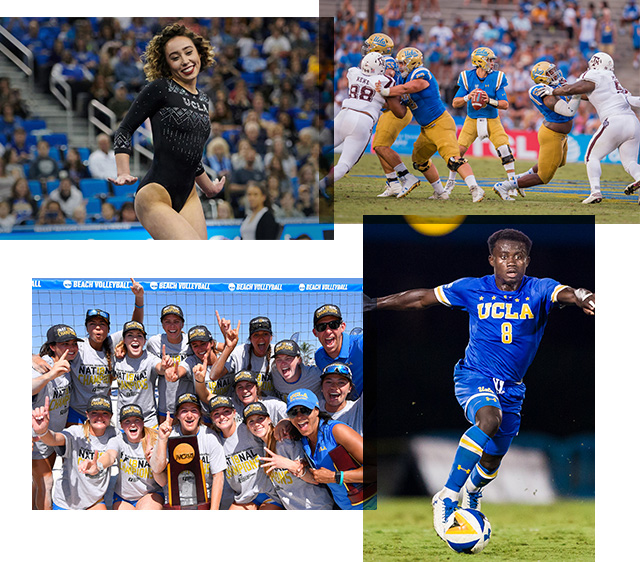 From Jackie Robinson, Troy Aikman and Kareem Abdul-Jabbar to Ann Meyers Drysdale and Jackie Joyner-Kersee, UCLA alumni are icons, record breakers, award winners, world champions and game changers in that same mold. We’re the only university with a No. 1 overall pick in almost every major league draft and the only university whose student athletes have won the Heisman Trophy, the Wooden Award and the Golden Spikes Award. This tradition of excellence not only sets a standard of success for future athletes, it is a testament to what is expected of future generations at UCLA. 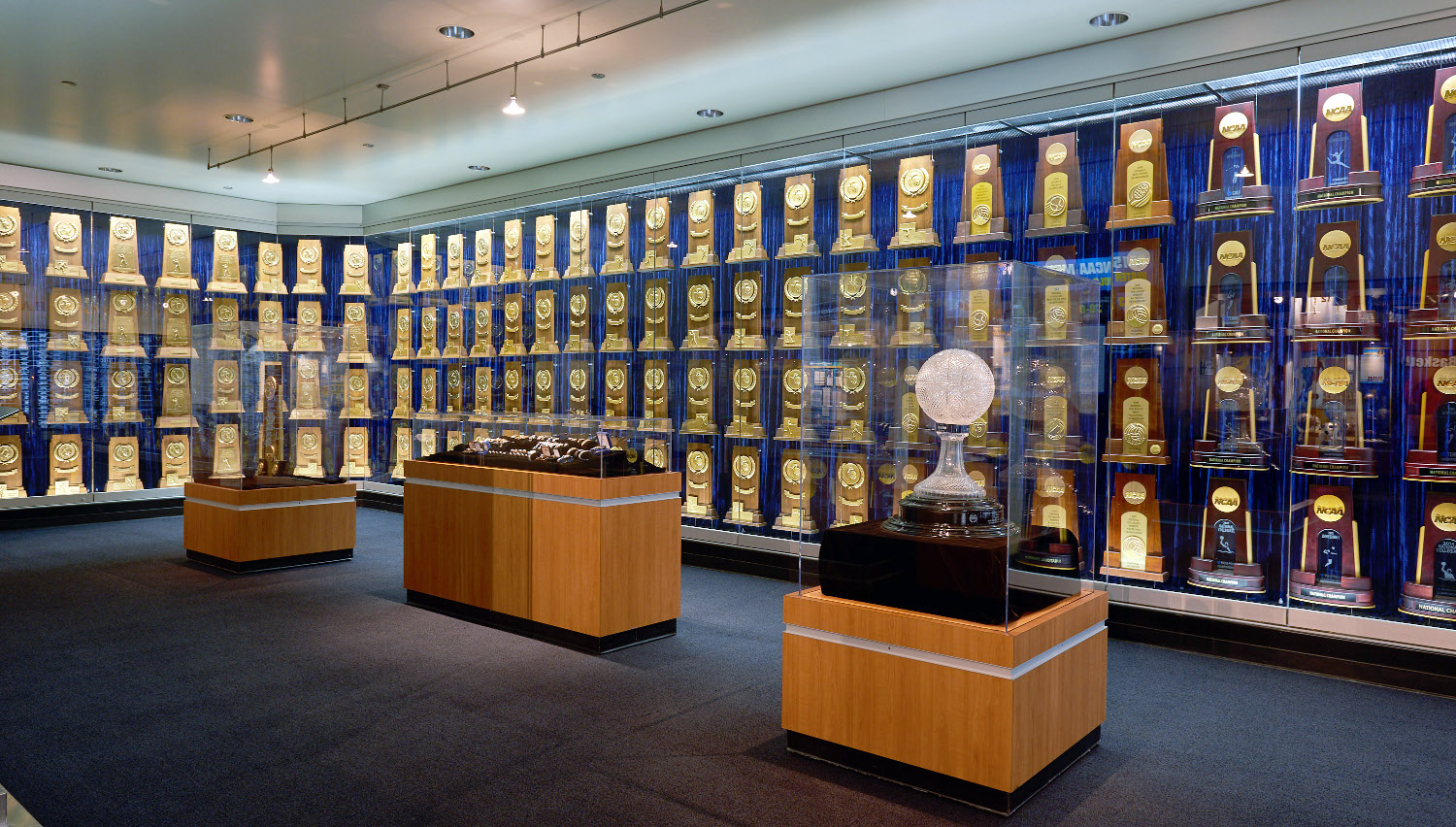